Legoland is situated in Vaughn Mills Mall in Vaughn, Ontario. My boys are extreme Lego lovers so this is a really exciting place for them. As soon as you walk into the room you are shuttled into the Lego factory where there’s a display to show you how the Legos are manufactured.

There are levers and pulleys that the kids can get their hands on. Right in the next area, you can join the line to go on their ride, the Kingdom Quest Laser ride. This is the most fun part of Legoland, according to my boys. You sit in a cart that wheels you to different lego scenes where you get a laser gun to point and shoot at the bad guys. Pretty fun for kids if you ask me. They keep a tally of your points so the boys loved competing with each other. I think they went on this ride three times.

Before you enter the main area, you need to go past mini land, they created Toronto out of Legos which is so awesome. You can see the CN Tower there with Niagara Falls in the background with fireworks going off. It’s pretty amazing. My kids spent a lot of time in here. You could play baseball in the Skydome so my kids fought over who could use it the longest. They each got a turn before a line started to form behind them. 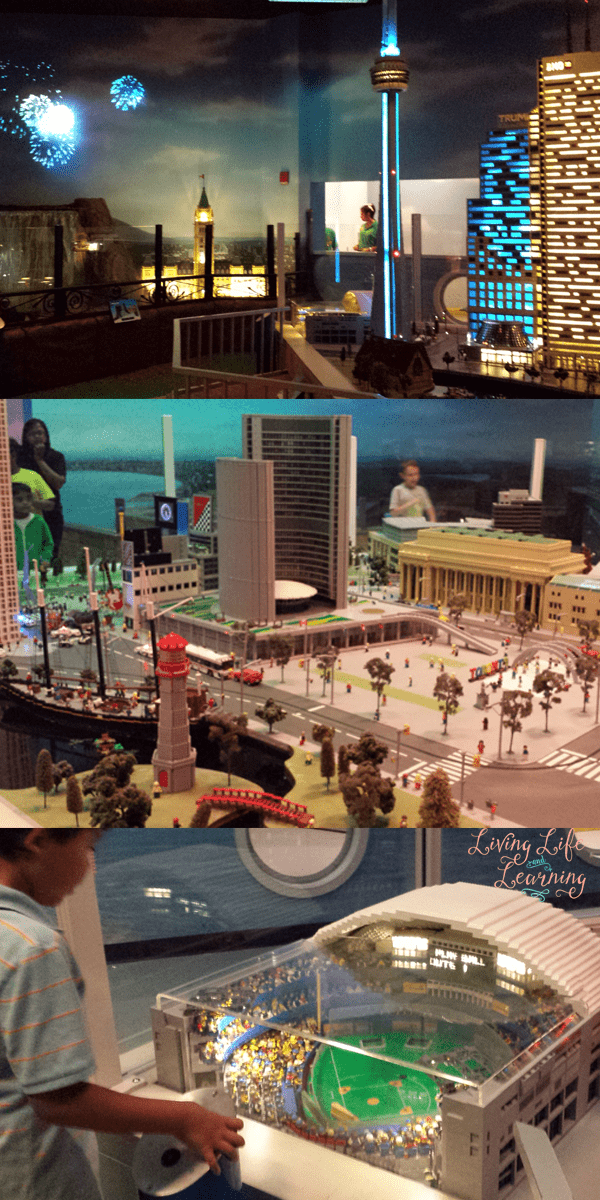 The other display was all Star Wars, this was so thrilling for my boys who are huge Star Wars fans, hence,  my son’s shirt. The large play area boasts two ramps where there are areas for your child to build their own vehicles to race the others. My boys carefully crafted their own vehicles to race while my daughter found one and used it instead. I was responsible for catching them at the bottom, they can go flying off, and returning them so they could race them again. 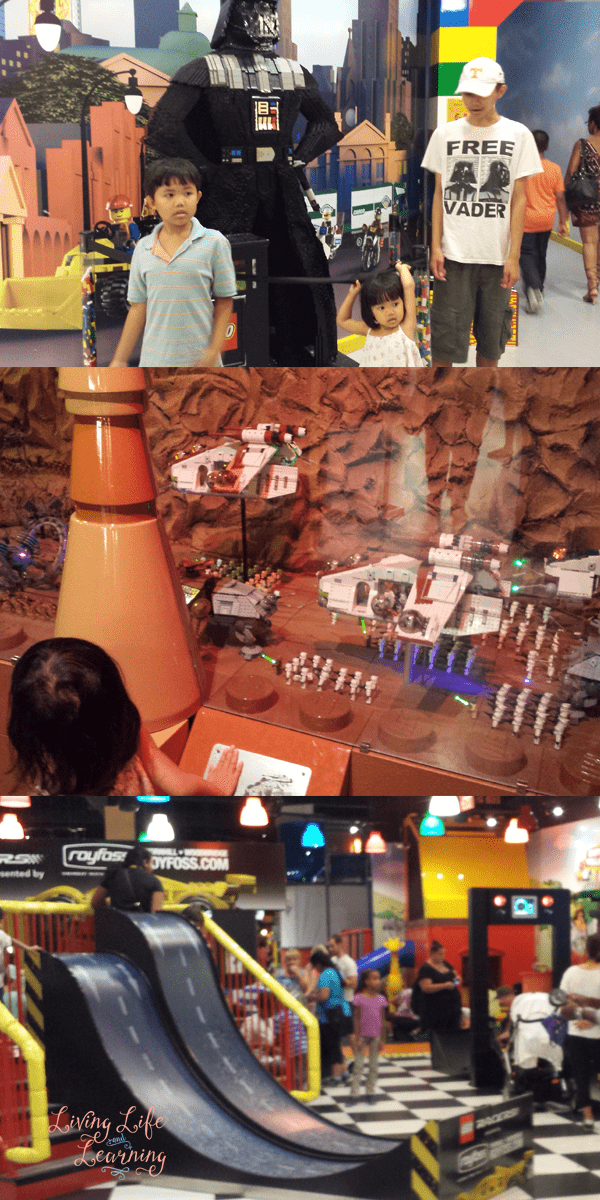 We really liked the 4D movie, my oldest watched it twice while my other son was still racing. There’s a huge play area in the back, it was too crazy for my daughter to go in and too small for my oldest so my younger son went in and had a blast. There’s also a wizard ride in the back that the boys when on which they enjoyed. My daughter spent time going on the slide and playing in the Lego playhouse where there were Lego cupcakes to bake.

We always look forward to returning.

Tickets can be purchased online in advance to save a bit of money, children under the age of 3 are admitted for free.