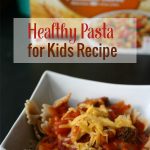 It can be a hard balance to find something that is healthy for your kids but satisfies their taste buds and doesn’t terrify them at the same time, hence I made this healthy pasta recipe for kids.

Shopping for a family of 5 can get very expensive and quickly, especially with a teenager in the house. We spend the majority of our budget on fresh fruits and my son can eat like there’s no tomorrow.

If you took a snapshot of him during our homeschool day, he’d have a piece of fruit in his hand each time.

There is one thing that we have to hide from them and that is veggies. My younger son threw up over the summer after he had some zucchini I had a barbequed.

It was on a skewer but it also had pineapples and chicken, which he loves, however, he threw it up. He then proceeded to tell me that he was allergic to zucchini so I haven’t been able to get him to eat it since then.

This shop has been compensated by Collective Bias, Inc. and its advertiser. All opinions are mine alone. #CatelliPasta #CollectiveBias 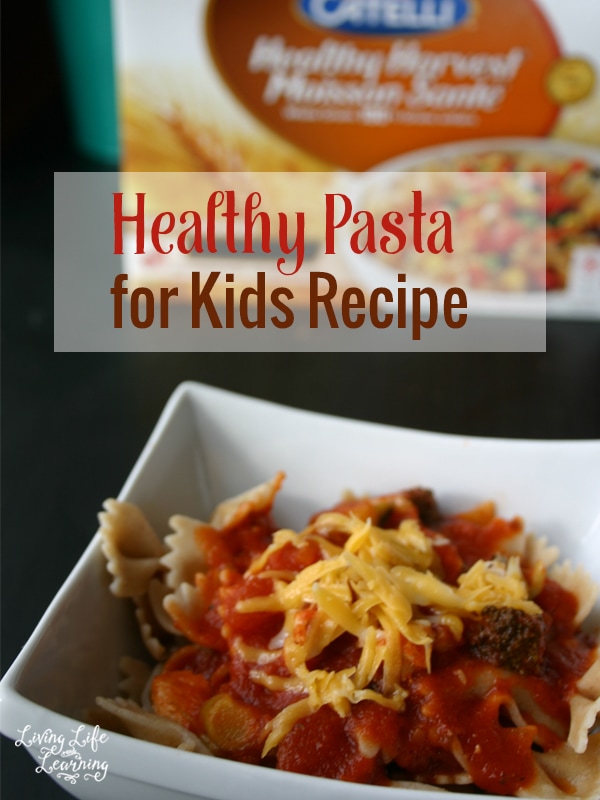 Well, we all enjoy a traditional pasta meal but sometimes that can get boring and I always want to add some veggies to things when the boys aren’t looking. Pasta sauce is perfect for this.

I can cook my veggies down and it’s coated in tomato sauce so the kids are less suspicious of any offending vegetables.

This time I also made it with chicken breast instead of meatballs or ground beef to liven things up.

On my usual trip to the grocery store, I had a little buddy with me while we picked up what we needed at Walmart. This is where the cart is a must because either my daughter spends her time putting things into the cart that we don’t need or she refuses to walk.

Cook the pasta according to the instructions on the box for the best results, we decided to have bowtie pasta this evening. For the sauce, I chopped all the veggies down into small pieces.

My boys are terrified of onions but I feel they are a necessity to the flavor of the pasta sauce so I chopped them even down even further.

I used extra virgin olive oil and fried the onions, I then browned the chicken in the pot, and removed them. I added the garlic and broccoli and cooked those for a few minutes before adding in the zucchini.

I add 2 bottles of tomato sauce, Catelli has their own sauce as well which is great. I added all of the seasonings and let it cook down so the veggies were very tender. I added the chicken back in once the sauce was almost ready so that they didn’t dry out.

I served the pasta with cheese because everything is better with cheese and the kids ate it all up. The bow tie pasta was a nice surprise which made it a fun meal for the younger kids.

My teenager’s plate was filled to the outer brim and he finished everything which is astonishing considering he’s made of bones. My younger son did ask what was in it, I avoided the question, he then added cheese to his plate and ate it all so I consider that a success.

I did hide the zucchini while I was preparing dinner so he wouldn’t suspect anything but if that’s what I gotta do to get them to eat their veggies, then so be it.

What creative ways have you used to get your kids to eat their veggies?