You know when you’re dying to find something to do with the plain old chicken breast sitting in your fridge? My Hubby loves Asian food so I wanted to find out how to make General Tso’ chicken but with the kids, I wanted a non-spicy version.

I try to stay away from dredging and frying stuff but once in awhile, I like to indulge. Usually, I would just cube the chicken, brown it and throw it into the sauce. But since it was for the hubby, I figured I’d have to make it the way they usually do it. 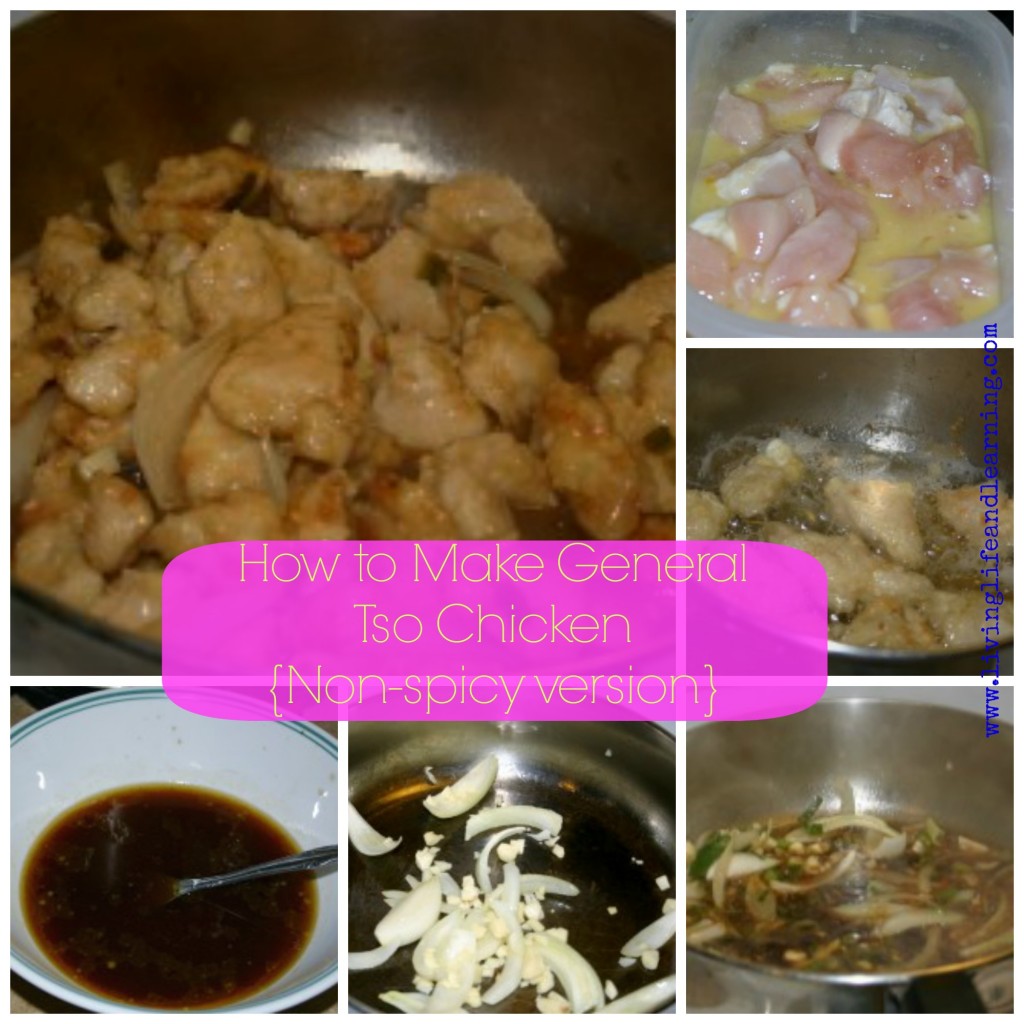 I like my chicken to have a lot of sauce so I added more chicken stock. You can also add in sesame seeds before turning the heat off if you like.

I served this with rice, I don’t serve a meal without veggies, however, this day we were having spinach and it would have ruined my picture perfect plating, lol.

My kids refer to it as seaweed. Good thing they like Spongebob or they wouldn’t touch it. Next time, I think I’ll add in some broccoli or peppers just to incorporate some more veggies into this General Tso chicken recipe. It was good though.

You can also try it with other veggies as well. I’ve made this with green and red peppers, carrots, broccoli, bean sprouts, green beans or snow peas.

It adds a little variety to a  yummy chicken dish. We’ve also had it with pineapples which were super yummy as well.

The boys loved this because they are carnivores. M2 often tells me he can’t eat his veggies because he is a carnivore, not a herbivore. I said I was sorry but there are only omnivores in this house.

Let me know if you’ve tried this to make General Tso chicken, and how it turned out.